In June 2019, James Beard, Valpak’s Recycling Services Manager, will travel to Henderson Island as part of a 12 person team tasked with monitoring plastic accumulation. He will also help with the beach clean. Read his latest Blog for further details.

This is Henderson Island 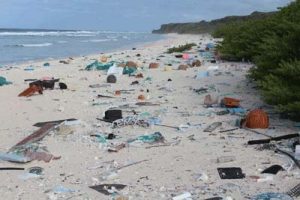 It lies 3,600 miles to the West of Chile and 3,200 miles to the East of New Zealand and is almost exactly in the middle of the South Pacific Ocean. The island is part of the Pitcairn archipelago, a UK Overseas Territory that consists of just four islands, of which only Pitcairn is inhabited. Pitcairn itself is home to fewer than 50 people.

As an uninhabited atoll in such an isolated area, Henderson Island can claim to be one of the most remote places on the planet and in 1988 the island became a designated UNESCO world heritage site, noted for its remarkable biodiversity and isolation. In 2016, the British Government created the Pitcairn Marine reserve, which at 3.5 times the size of the UK is one of the largest Marine Protected Areas on the planet. The reserve protects 320,000 square miles of ocean and the 1,249 species of mammals, seabirds and fish that live there so that it can enjoyed by future generations.

The problem of plastic pollution

UNESCO describes Henderson island as being “near-pristine”, and you’d be forgiven for thinking that being one of the most isolated places on the planet would afford it some protection from the impact humankind. Unfortunately, oceanic plastic doesn’t respect boundaries, and a 2015 study found that Henderson Island has some of the highest levels of man-made pollution found anywhere in the world. Almost all of it is plastic! A staggering 38 million pieces litter the island, and more is washed ashore at a rate of up to 13,500 pieces a day. Despite these mind-boggling numbers, the amount of plastic on Henderson Island equates to less than 2 seconds’ worth of global plastic production. Plastics have become the go-to material for many applications due to its versatility, but one of the physical properties that makes plastic so useful and widespread is its durability. In a world where 1 in 3 people have no access to effective waste management, it is this durability which makes plastic so dangerous to the environment. The image below is a sobering reminder of the impact plastic has on Henderson Island’s wildlife. The track in the sand was created by a sea turtle trying to get to her nesting site. An already arduous journey made more difficult by the presence of plastic. 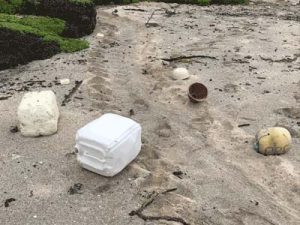 In June, a team of scientists, artists, journalists and film makers will collaborate with the Pitcairn Island community on a return expedition to Henderson Island, with work undertaken to analyse the impact of the pollution on the island and the marine environment. A 2km stretch of beach will be cleared of plastic and then monitored to get a better understanding of accumulation rates. Awareness of the issue of ocean debris will be raised via art, print media and film, and it is hoped that this increased awareness will help change peoples’ behaviour, which can make a real difference. Despite the team’s efforts it is expected that plastics will have fully returned to Henderson island within 4 years and time lapse video and satellite imagery will capture pollution as it returns to the island long after the expedition has ended. 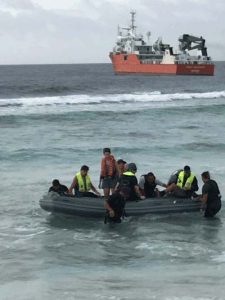 As part of the clean-up team tasked with clearing the beaches, I’m thrilled to be able to represent Valpak on such an incredible project, but saddened to see first-hand the damage that poor waste management practices can have on the most secluded areas of the world and the species that inhabit it. In the grand scheme of things, the project will only provide a fleeting respite to Henderson Island itself, but by raising awareness and showing the impact that waste mismanagement is having around the world we’re hopeful that a lasting change may be felt beyond the beaches of one small island in the South Pacific.

If you are interested in following my journey and the work the team will be doing, sign up to Valpak’s Industry News Update or follow Valpak Limited on Twitter, Facebook or LinkedIn. All relevant tweets will be marked with the following hashtags: #HendersonBeachClean, #HendersonIsland, #PlasticPollution, #ZeroWaste, #NoExcuseForSingleUse, #BeTheChange, #SaveOurSeas, #TrashtagChallenge. 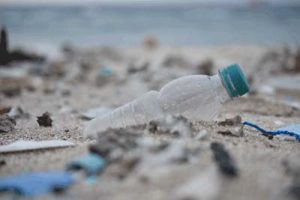 Are you getting the most out of your compliance scheme or simply looking for a change? Nicola Valentino, New Business Manager, provides some top tips on how to find out if you're getting the best value from your current compliance provider.

Valpak’s Director of Procurement, Ben Richardson, talks to Dan Dicker, Managing Director at Circular & Co, to find out how refills and reusables could be improved...

ESOS – is it time to comply?

The qualification date for Phase 3 of the Energy Savings Opportunity Scheme (ESOS) is fast approaching and the compliance deadline is only months away. Ian Guest's Blog explains how to find out if your business is obligated, next steps and how Valpak can help.

Let’s Stay Green for The Queen this Jubilee Weekend

With the Jubilee weekend coming up, David Daw shares the top 10 ways you can hold street parties and picnics as sustainably as possible, in order to stay Green for the Queen.

By clicking 'Submit' you are indicating your consent to the use of your personal data as explained in our Privacy Policy.